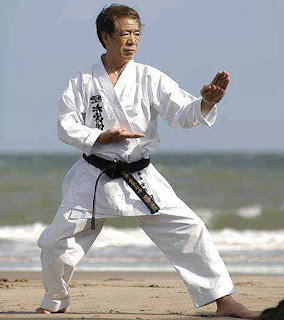 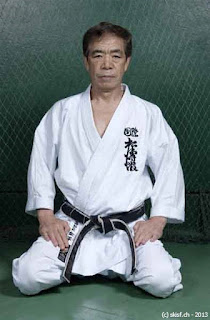 Great film though done by a Shotokan practitioner the film is a nicely done piece to convince the viewer of the importance of making the decision to take of the practice of karate by virtue of the benefits derived.  Enjoy!

http://www.youtube.com/watch?v=vxzM30LW6Nc
Posted by Karate of Japan Federation at 8:53 AM No comments:

Hello Everyone!
I apologize for the absence but I will be
Continuing this blog for KOJF International
Going forward.  With so many things on my plate I had lost touch with this medium.  I am reinstituting the blog going forward.
Coming: 2018 KOJF Rensei Taikai
Cincinnati Ohio,  KOJF Honbu is sponsoring.
October 5th and 6th.
Contact honbu for more info:  kojfinternational@gmail.com

Dwight Holley, Chairman KOJF
Posted by Karate of Japan Federation at 8:47 AM No comments:


**** This was a letter I sent to my seniors(Yudansha) in my immediate organization under my Shotokan leadership. I wanted to share as maybe some one some where might also benefit from my "rant" if it were: (I edited it a little regarding a special event coming in April).
_____________________________________________________
Hello Everyone, Sempai, Shihan, Renshi, Kyoshi,
Just a quick note. Some of you today were privy to special information sent to me. It was not that everyone needed to see or hear or know. However I want to let this be a notice to some if not all, especially those few who learned of a special event happening in Japan during the WBS as to why sometimes I seem anal.
That being said, I want to simply reiterate the importance of the things I say and tell you and share with you regarding protocol, character, actions, mode of dress and other things I seemingly dictate. In many cases they are things that are proper in a Budo setting and expected of a high level martial artist. That being all of you who wear a black belt.
Yes I should not need to remind people that they are being watched for one. Also that there are things that are to me, common sense. When in doubt ask. If I am not visible or present call me or reach out to a title holder or senior.
Title holders and seniors, you are to act and reflect as though I were standing right there with you. Better yet, as if Hanshi William Dometrich was standing there. Ask yourself at anytime what would Hanshi do? Hold yourself to a higher standard and act as though you are a holder of the coveted black belt. As I told my direct students in honbu this week in class and last week..... "You are whatever belt you wear 24/7! It is not only in the dojo you wear a black belt and your actions are important but when you are in public, at home, in the store, with friends, at a party, while moving through your day......... you must reflect what you have trained to become. You are a black belt until you die unless you do something to have that rank and title removed."
You need to think about what I just said. It cannot be simply "I am a black belt when it is convenient to be a black belt." It is 24 hours a day and 7 days a week! Always try to act with honor, a sense of duty and obligation to serve, do what you expect others to do. I once heard a black belt asked "why do we have to bow all the time?" and "Why do I have to dress up for this?" Really???? Not to beat a dead horse to the ground, but are we truly acting with honor on a daily basis? Don't you want to be remembered and have people speak of you with great respect and pride knowing you? So, this event I was made aware of in Japan in April made me reflect how important my message to you all is. I am hopeful you all understand and get it. If you have a question or don't get it then let me know or a senior and we will explain it's relevance and importance to you in your karate tenure. Sometimes it is best to just follow instructions of those who have already done what you are trying to do. Trust me, there is a reason to be sure.
Posted by Karate of Japan Federation at 11:24 AM No comments:

Email ThisBlogThis!Share to TwitterShare to FacebookShare to Pinterest
One of my favorite karate kata of the many I have been blessed to learn is Shotokan Bassai Dai.
Enjoy this demonstration of the JKA Bassai Dai!

Posted by Karate of Japan Federation at 11:21 AM No comments:

Email ThisBlogThis!Share to TwitterShare to FacebookShare to Pinterest
One of my favorite videos!

Posted by Karate of Japan Federation at 11:16 AM No comments:

Posted by Karate of Japan Federation at 5:45 AM No comments: